Cattail Marsh is a 900 acre wildlife area located in Beaumont, Texas.  This marsh is located adjacent to Tyrrell Park and serves as a component of the waste water filtration system for the city.  The marsh features a 520 foot boardwalk that was installed in 2016 at a cost of $285,000.  Cattail Marsh and the surrounding area support a wide variety of local wildlife and is a popular bird watching site. 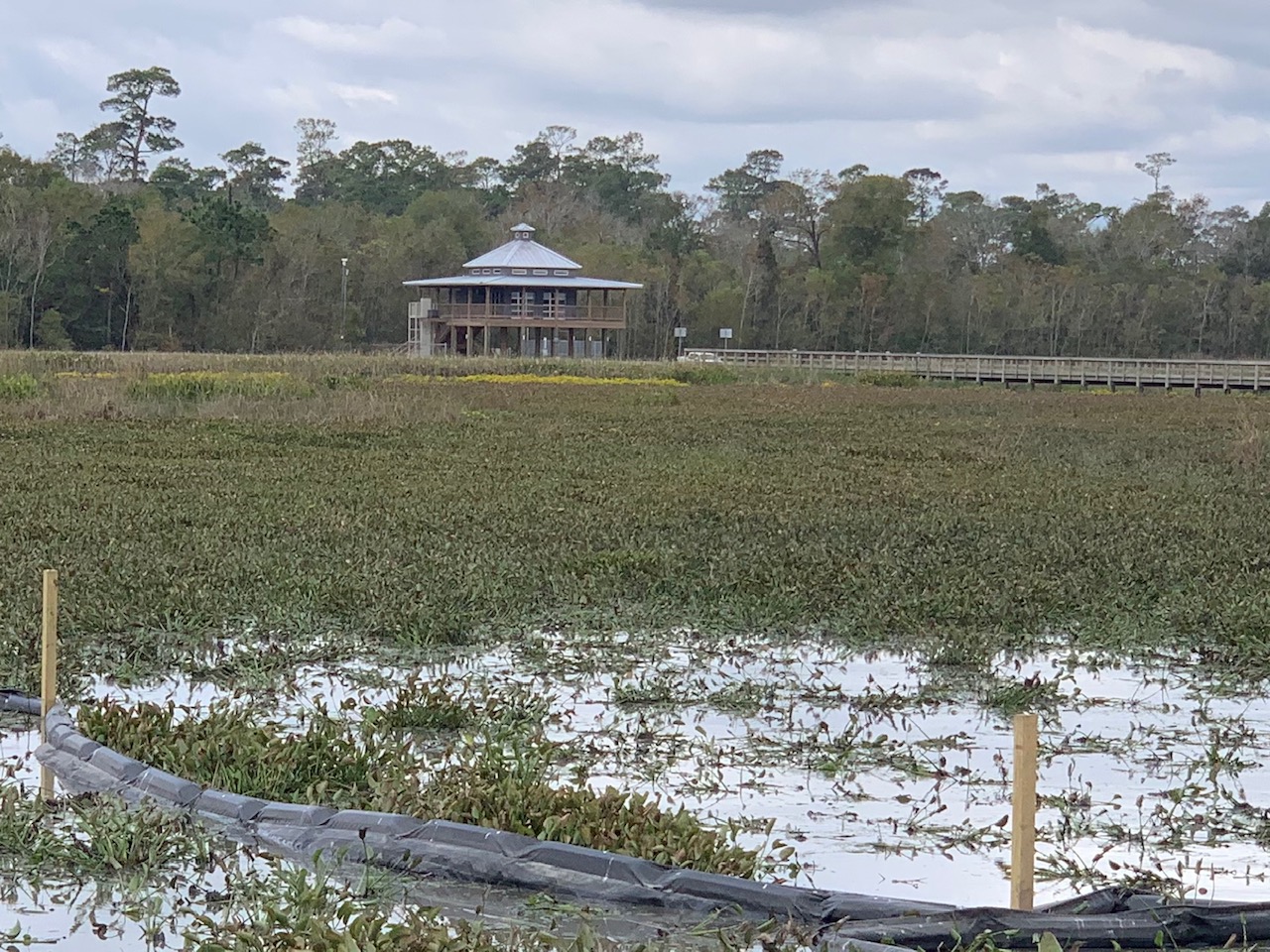 As is common in many bodies of water in the area, Water Hyacinth has taken root and spread rapidly across the entire marsh.  Water Hyacinth is an invasive plant species that is recognized as one of the fastest growing plant species in the world.  The plants primary means of reproduction are runners that eventually form sister plants.  It also produces large volumes of seeds that remain viable for up to 30 years.  Because of its ability to rapidly reproduce, coverage areas can double in periods as quickly as two weeks.

If left unchecked, Water Hyacinth can completely cover a body of water, resulting in reduced water flow, complete blocking of sunlight to submerged plant species, and a depletion of oxygen from the water itself.  These results can have a major detrimental impact on plant and animal species.  This plant is difficult to control once introduced to a lake, pond or stream.  Water Hyacinth has no know direct food value for wildlife.

A project is underway to clear areas of the marsh of the Water Hyacinth that has overwhelmed the waterway.  In order to provide open water important to the local bird species, efforts are underway to remove the plant from a large portion of the march adjacent to the boardwalk.  The goal is to increase the water based bird population in the area to increase the use of the boardwalk by the public.

Texas Boom Company has supplied black turbidity curtains (also know as silt curtains) that are being used as a barrier to impede the spread of the Water Hyacinth after it is cleared.  These floating barrier curtains serve as a physical means to block plant from re-invading the open water.  The black fabric was selected to allow the barrier curtains to blend into the natural backdrop, making them less obvious to the casual observer.  Because the barrier curtains float, they will always provide a barrier at the waters surface regardless of the water levels that change depending on rainfall.  Because the water is shallow and accessible, these floating barrier curtains were staked into place instead of using anchor systems common in deeper water applications. 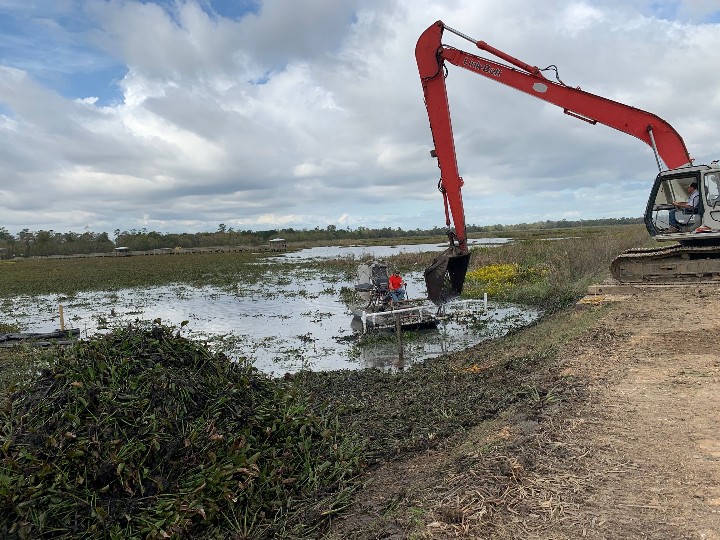 This particular project is utilizing a plow mounted on an air-boat to push the Water Hyacinth close to shore.  An excavator is then removing the plants from the water where they will be composted, removed, and disposed of to prevent further spread in other areas.  This approach is being utilized in an attempt to avoid the use of herbicides with a mind towards protecting the environment in the area and allow natural species to thrive. 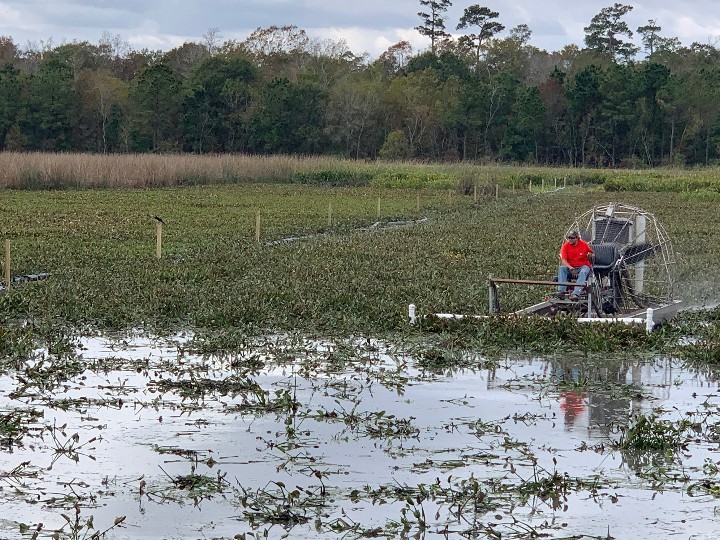 Control of invasive plant life is an ongoing problem being combated globally.  The use of containment boom and floating curtains is becoming more commonplace for projects such as these.  Texas Boom Company continues to consult with clients to provide solutions to tackle these type problems.  If you need advice on controlling water based plant growth, we are here to help and are only a toll free phone call away at 844-444-8144.