There are typically five primary types of containment boom manufactured and deployed in the United States and Canada.  We provide a brief description of each for the benefit of those not familiar with containment boom.  All containment boom is sold in managable sections that can be joined end to end to form longer lengths.  Boom manufacturers typically utlize universal connectors so that boom from different companies can be used in combination.   In emergency deployments, containment boom can be strung continuously for miles.

Also referred to as Conventional Boom, Contractor Boom, Standard Boom.  This boom has flotation chambers filled with closed cell foam and sealed to provide the buoyancy needed to keep the boom afloat and provide the freeboard that contains the oil.  These booms also feature a skirt that is suspended below the water to help with oil containment.  This skirt provides the draft height.  Tension cables and ballast chains provide strength and stability.  Containment boom is light and can be quickly and easily deployed.

There are also containment booms marketed as self inflating boom.  These flotation chambers contain open celled foam that can be compressed during boom storage.  When deployed, the open cell foam expands to its orginal form, providing a hybrid between conventional foam filled foam boom and inflatablle boom. 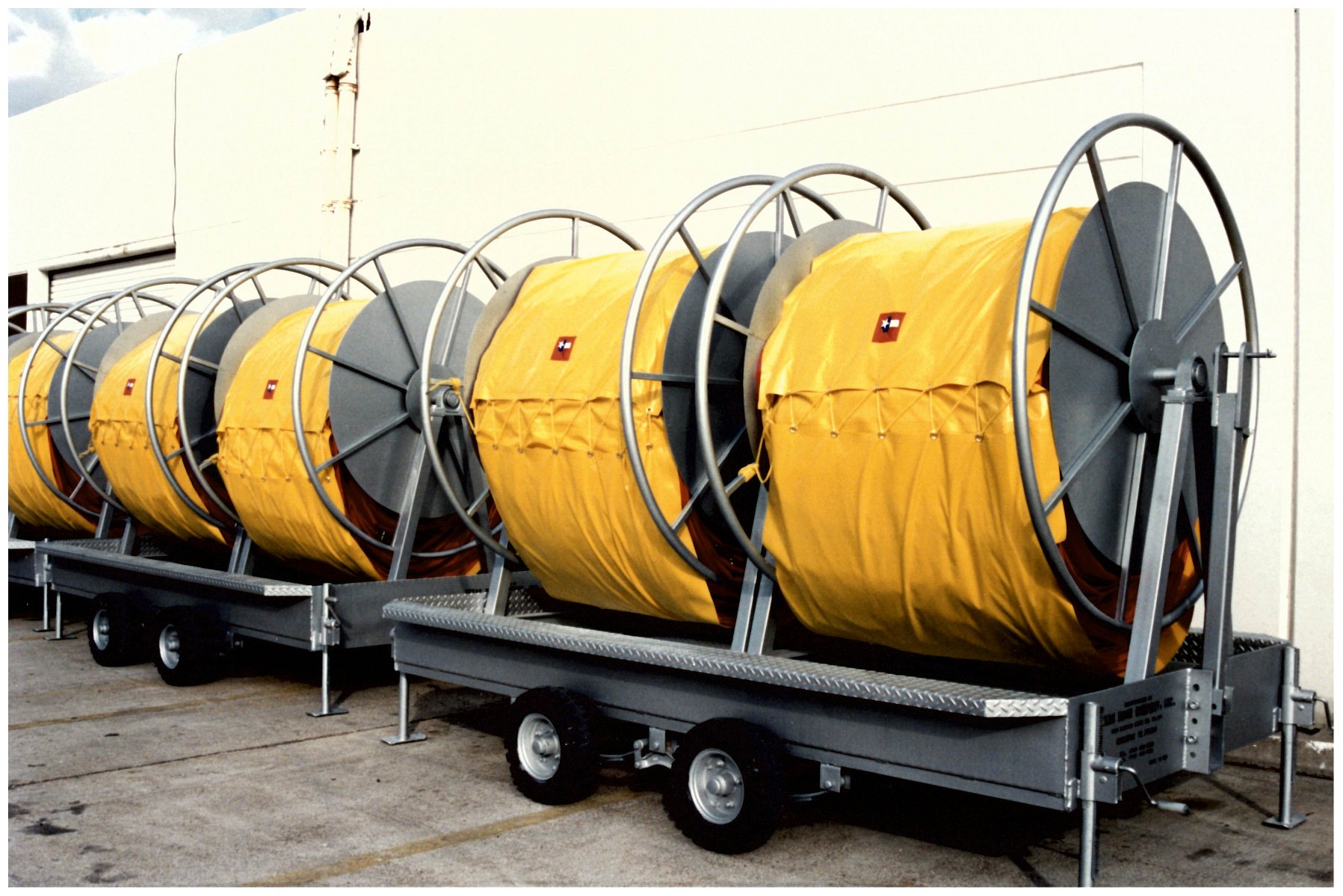 Permanent Boom, or Fence Boom, is intended for longer term deployment, or where conditions may exceed the capabiity of alternative boom.  Permanent containment boom is constructed of heavy duty flexible belts that have floatation chambers attached.  As the name implies, these containment booms are more durable and last longer than either foam filled or inflatable containment boom.  These permanent boom can also be effectively deployed to contain debris as well. 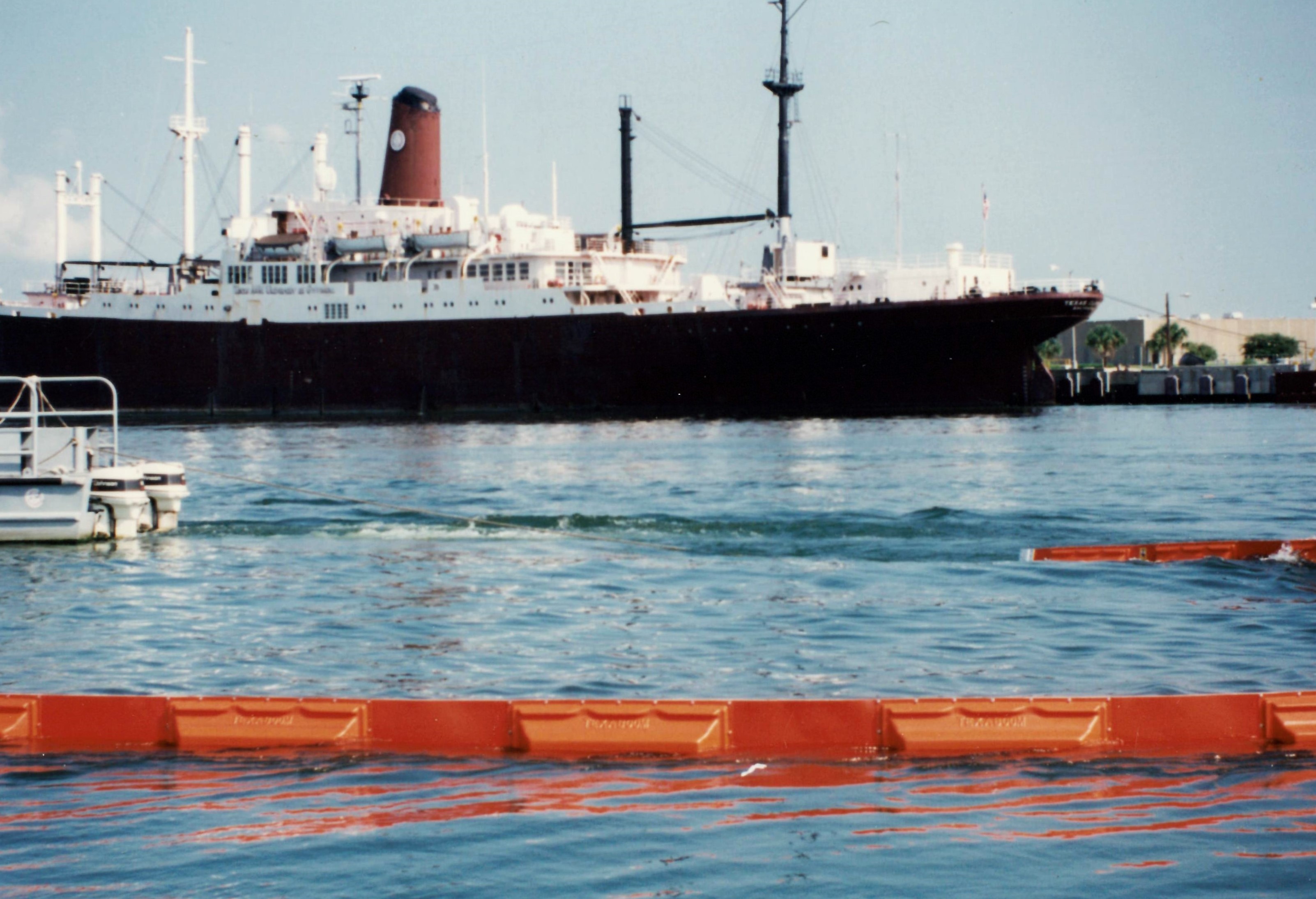 Intertidal Shore Barrier containment boom is designed to be used at shores edge in tidal areas, providing intertidal containment.  The draft of this type containment boom is comprised of two water filled chambers that provide ballast and provide a seal to form a berm when the boom rests on the bed of the body of water or the shoreline. A third inflatable chamber serves as the freeboard, adding height to the Shore Barrier Boom to address the increased water height as the tide rises.  This boom stores flat when not in use.  Deployment requires both an air blower and a water pump.  This type barrier can be vitally effective in trying to protect shore lines, estuaries, tidal planes, and other areas that are subject varying water levels.

Fire Containment Boom is constructed similarly to Permanent Boom.  However the materials used are designed to endure exposure to heat and open flame for a significant period of time.  These fire boom are used to corral the spill, and contain it while it is burned off.  This boom is a specialty product produced my a limited number of manufacturers. 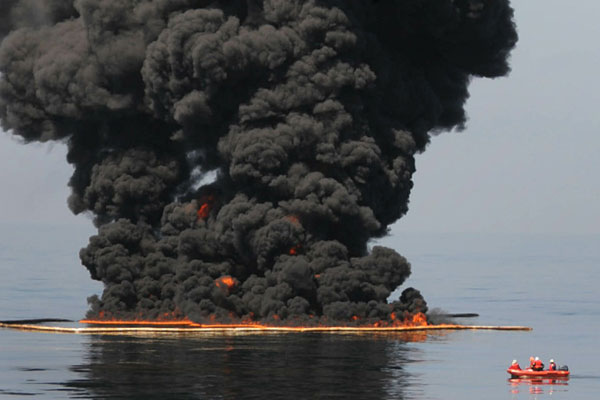