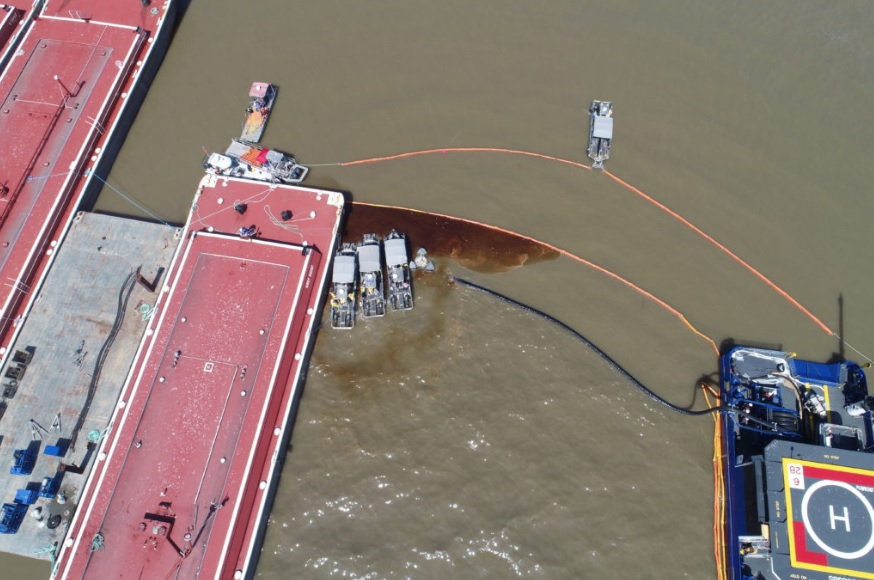 A collision between a tanker and two barges occurred in the Houston Ship Channel on Friday, May 10, 2019.  The tanker collided with one of the barges, resulting in the second barge capsizing.  The barge damage resulted in a spill of 9000 gallons of flammable material called reformate, which is a gasoline blend.  Six oil skimmers have recovered 376 barrels of product-water mixture.  More than 20,000 feet of spill containment boom was deployed to contain the spill and help protect vulnerable areas.  Salvage teams have secured the two barges and all remaining product has been removed from the damaged barges.  The spill has resulted in some wildlife and fish deaths, and seafood warning was issued by the Texas Department of Health.  Air quality tests in the area have resulted in no actionable levels.  The Galveston Bay Foundation will continue to take water samples for testing.  At this time, the Houston Ship Channel has resumed full operation.