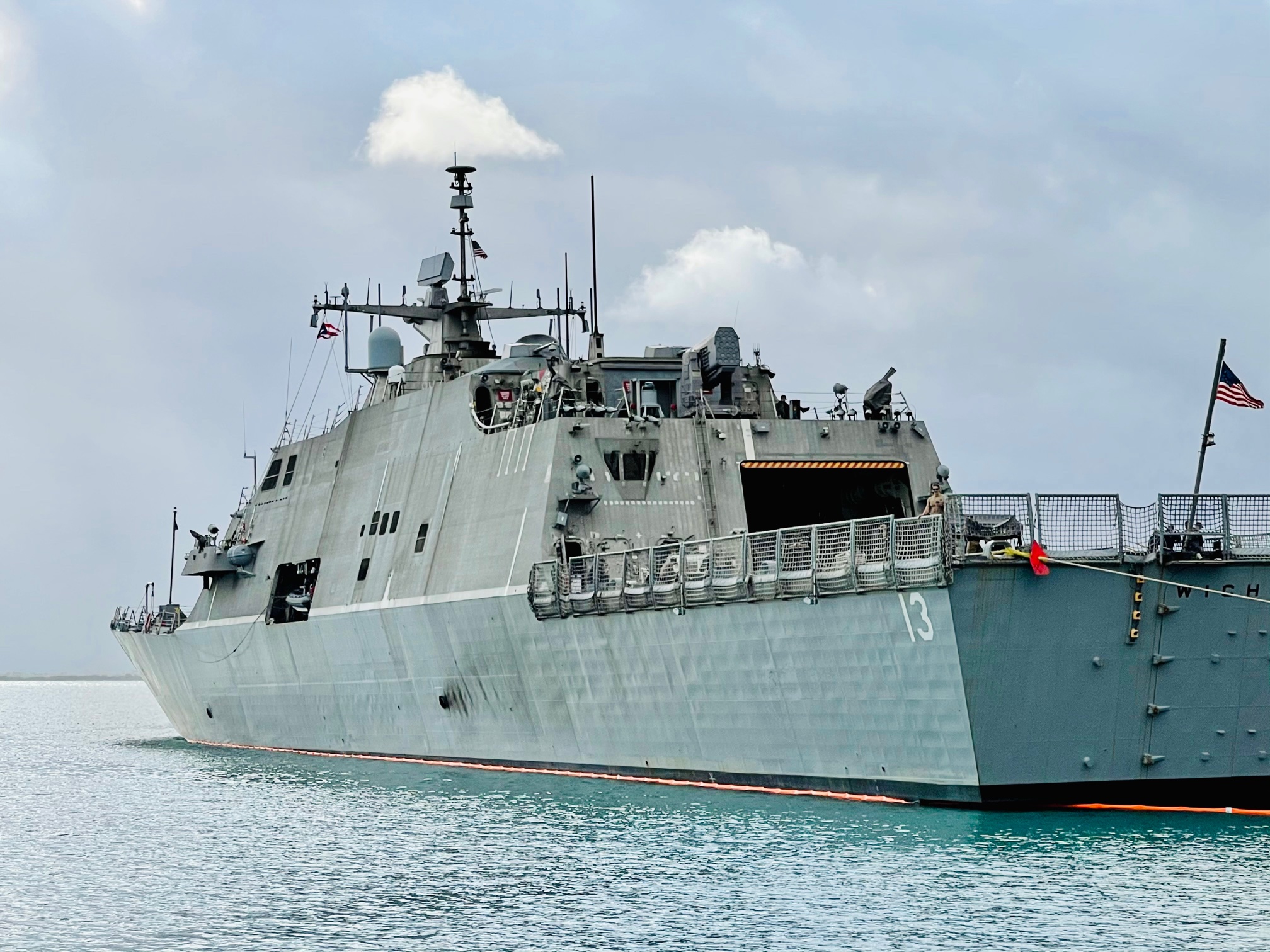 Texas Boom Company has a long history of providing oil spill containment boom, buoys, markers, bladder tanks and containment berms to all branches of the US Military and the civilian organizations that provide support for them across the globe.  Our company is proud to manufacture our products in the United States and to support our military in their mission to keep our country safe and maintain our freedom.  As such, we are pleased to recently receive these pictures of our 10 inch oil spill containment boom being used in port by the USS Wichita in Puerto Rico. 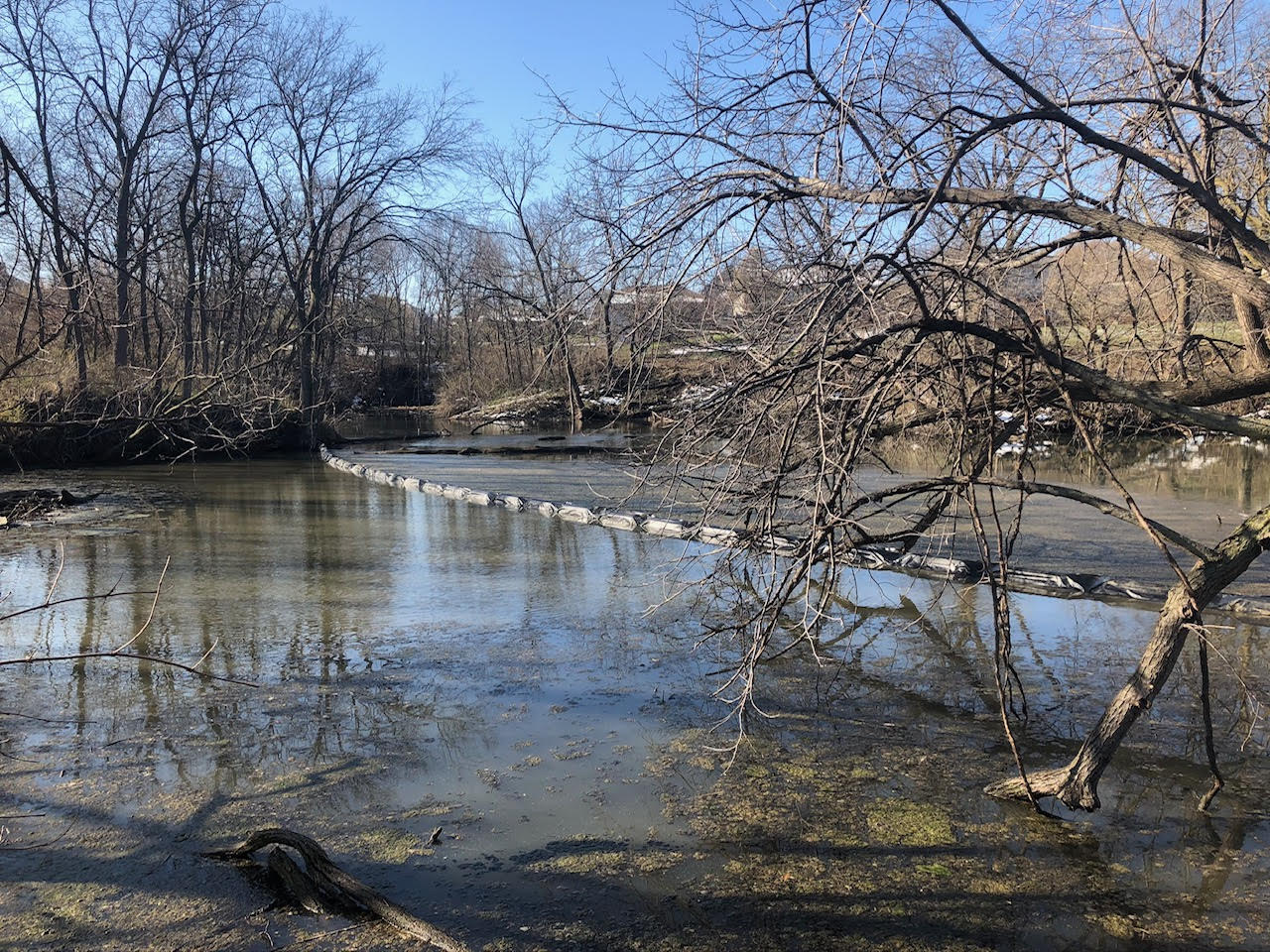 As the spring season progresses and temperatures begin to rise, it is a sure bet many areas will see an increase in problems associated with marine vegetation.  These water-based plants, often invasive species, grow rapidly and can overtake a body of water quickly, blocking out the sunlight into the water and depleting the oxygen levels in the water.  These problems affect not only people but also animals and other plants.  Common freshwater plant species that can be a nuisance in the US include Water Hyacinth, Hydrilla, Duckweed, Watermeal and Giant Salvinia.  These plants can overgrow rivers, streams, creeks, bayous, lakes, ponds and reservoirs. 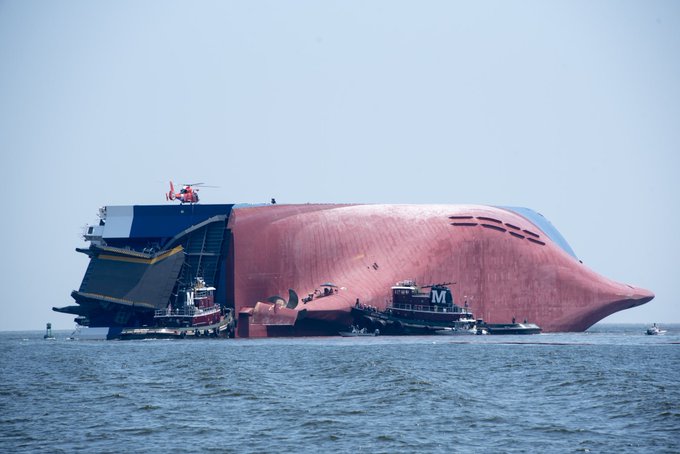 On the early morning of September 8, the MV Golden Ray capsized off the coast of Brunswick, GA in St Simon Sound, approximately 80 miles south of Savannah.  The exact cause of the accident has not been finally determined.  Initially, four of the twenty-four individuals on board were trapped.  They were subsequently rescued safely.  However, the ongoing environmental hazards continue now over a month later.

Fuel and oil continue to leak from the vessel.  When the accident occurred, the ship contained roughly 300,000 gallons within its tanks.  To date, 220,000 gallons have been successfully pumped off.  Unfortunately, there have been ongoing oil slicks located in the area, as well as oil coating the plant life along shorelines.  Thousands of feet of oil spill containment boom have been deployed in the area to control the spread of the hydrocarbons and protect the shorelines.

Texas Boom Company isn’t the biggest fish in the pond amongst containment boom manufacturers.  However, we are quite adept at working with customers to devised customized solutions to meet their needs and tackle problems.  Recently, TBC landed a call from the owner of a Texas-based fish farming operation.  His recently established 135-acre Redfish (Red Drum) farm is located near Port Lavaca, Texas.  This aquaculture (sometimes referred to as mariculture) operation raises fish that are harvested and sold to restaurants and grocery stores.   Aquaculture is an expanding field, and operating techniques are perpetually evolving.

The challenge at hand was to utilize a containment boom to address a combination of problems.  When feed was being distributed into the water for the fish to eat, several issues were arising.  It was a common occurrence for the wind to push the floating fish feed to shore before it was consumed by the fish.  As the fish approached the shoreline, it increased their exposure to wading birds that lurked at the side of the fish ponds waiting to prey on the fish.  In addition, the fish food that was not consumed would end up on the shoreline, attracting more birds, and worse yet, wild hogs.  Wild hogs are well known to destroy all sorts of terrain, including the banks of these fish ponds.  Each of these issues translates into unwanted expenses and losses for anyone involved in aquaculture.